The origin of diaspora

In the second half of the XIX century took place a relocation of a large group of Abaza to the territory of the Ottoman Empire and the religious factor became an important cause of this migration. The best preserved Abaza diaspora today is living in Turkey. Compact, ethnically homogeneous settlements of Abaza allowed preserving their language and traditional culture up to the present time; the Islamic factor played a positive role in the consolidation of the overseas community Abaza, though, to some extent, it has led to the phenomenon of a divided nation. 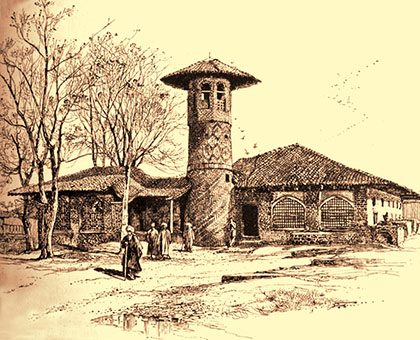 After the approval of the Russian Empire in the Caucasus, among the Muslim peoples of the Caucasus occurred a wave of mass departure in order to undertake the Hajj. In fact, the real reason was the desire to leave the Caucasus and settle in the country of the same religion. The population began to spread the rumor that Russia had committed to provide the rights for Muslim nations to be resettled in the Ottoman Empire. The first asked for pilgrimage to Mecca were Abaza and Nogai from Kuban. According to the documents, they left “with the intention of permanently move from the Caucasus; equipping for the journey, they sold all their possessions, often for nothing.” Their example was followed by some of the Muslim peoples of the Stavropol province, then Kabardians, Chechens and subsequently requests were received from residents of Dagestan.

Muslims were permitted to perform religious pilgrimage through the Caucasus governor for a period of one year. Special passports were issued for them to make a note about the border crossing. As subsequent events showed, the Hajj had not been undertaken. Arriving in Turkey, workers received a residence permit from the local authorities and tried to settle in the country.

In 1859, entire Abaza settlements from Pyatigorje, district Kuma and other locations requested to let them leave. Stavropol governor assured that this situation would benefit Russia, because it would be possible “to populate this area with Russian cultivators, or … Cossacks of the Cossack Host of the Caucasus Line…” Keeping Muslims in their desire to leave was considered inappropriate, because it would only lead to run away and violations of the rule of law.
As stated in the correspondence between the Russian army command and the Ministry of Foreign Affairs, after finding out that the conditions of living were not like it was promised, they started feeling typical nostalgia. “These nations were deceived in their hopes, sought all means to return home.”

Muslim pilgrimage of peoples of the Caucasus provoked a backlash of the Russian authorities. Even in 1843 the Minister of War announced to the Caucasian Corps, that “the Emperor, taking into consideration that many of the Muslim, returned after the pilgrimage to the shrine of their faith, produced an adverse effect on their co-religionists, the highest deigned to reject pilgrims’ requests for traveling to Mecca and Medina under various pretexts.” Mikhail S.Vorontsov, the Viceroy of the Caucasus at that moment, in 1850, issued a secret order for the Transcaucasian Military Governors and in 1852 issued a statement for the government executor of the civil part of the Stavropol province. In these documents he requested to issue passports to Muslims undertaking the Hajj “with great intelligibility”.

When traveling abroad, Muslims were required to submit a number of documents showing their loyalty, including evidence that their families remaining in the Caucasus were provided with everything necessary for living until their men returned. These measures intended to stop drain of Muslims to the Ottoman Empire. In the order of the in-Chief of the Caucasian line from 1852 were given a lot of excuses that could be used to inhibit such trips for the “peaceful people» and rebellious mountaineers (who did not give any guarantees to the authorities) were completely banned from the traveling abroad.

After the war with Turkey was finished, in 1856 occurred a massive departure of the Caucasian peoples to Turkey, in connection with which the General Staff of the Caucasian Army published a confidential recommendations. Local authorities have been recommended the following: “The request for resettlement to Turkey should be refused, explaining that it is not allowed by state laws and that those who have accepted citizenship of other states will be dealt as traitors”. According to the recommendations, bondsmen belonging to migrants would gain freedom, and all the property would be confiscated. The longest period for which a Muslim could be released abroad was one year. In the case of an extension of his stay abroad he had to submit it with valid documents. One of the few good reasons of the stay could be the evidence of the disease. Those who stayed abroad for over a year without producing such documents were considered to “move to Turkey illegally.” Secret instructions recommended not to prevent highlanders from going abroad and sale of their estates; not to query their purpose of property sale, and not to take any denunciations related to this matter.

Layoffs were given to a group of no more than 10 families, the next batch of 10 families (in the near future this number increased to 40) were released not earlier than one week after the departure of the preceding batch. Migrants were given tickets of the specified format in order to go to the nearest Russian ports, which were in Kerch, Anapa and Sukhum. Then they went by specially authorized ships to Constantinople and Trabzon, where they were supposed to visit the Imperial Mission or Consulate to receive further passports. If those “going to Hajj” were found traveling not by special ships or by smuggled Turkish sailing boats, they were “considered traitors and underwent a legal responsibility.”
In July 1861, the Committee of Ministers considered the documents on Muslim migrants received from the War Ministry, the Ministry of Property and the Caucasian Committee. According to reports, over the past five years over a hundred thousand people moved to Turkey under the guise of Hajj. Whole families left, after selling off or taking all their property. In the case of the layoff, which was issued for a year, a person had to pay all obligations to the state for the next three years.
For three years almost the entire population (which include the Circassian peoples, Abaza, Nogai) between the Kuban and Laba and most of the smaller populations between the rivers Belaya and Laba moved to Turkey. Released lands became a part of the State treasury, which immediately found a use for them. New stream of Russian settlers (both peaceful migrants and paramilitary Cossacks) moved to Caucasus. Besides, a lot of land was required for the deportees from hill tribes to the flatland.
At the beginning of winter of 1861, it was announced that small mountain settlements of Abaza (tam, bashilbai, bagov, kizilbekov tribes) were evicted to move to the flatland in spring. If they persisted in their unwillingness to move under Russian supervision, they could go to Turkey, as they requested previously. When this requirement was repeated once more, part of the mountain societies agreed to move to the flatland. The other part went to the pass for further route to Sukhum, and then moved to Turkey.