In St. Petersburg publishing house “Composer” was released a collection of songs by Galina Gozheva “Music warmed my soul.” The author has included musical tunes of peoples of Karachay –Cherkessia, which she recorded. 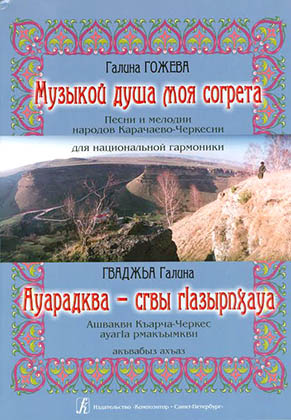 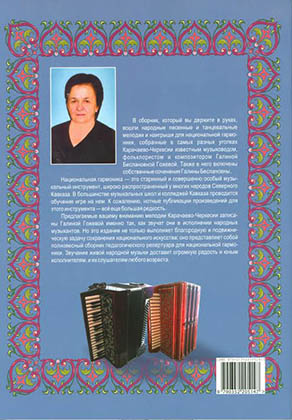 Galina Beslanovna is one of the few professional Abaza composers. She started her musical career in 1960s and one of her first songs – “Abazashta” with lyrics written by Kali Dzhegutanov – became the unofficial anthem of Abaza. Her songs “Babatsaua”, “Song about Krasny Vostok”, “You want to deceive me using your wealth” and many others were liked from the very first performance and still are very popular. Among her 28 works, which were included in the collection, in addition to songs there are marches and arrangements of some songs for balalaika and guitar.

In addition to composing music Galina Gozheva pays much attention to the musical notation of folk tunes. Galina Beslanovna is a granddaughter of Dzhuhil Gonova and a daughter of Lelia Hachukova, who is known among Abaza garmon players. Galina Gozheva makes every effort to preserve the original sound of the music of our ancestors. The collection “Music warmed my soul” will certainly contribute to this. 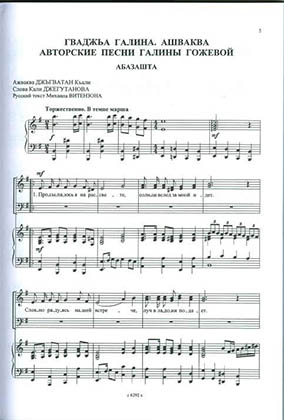 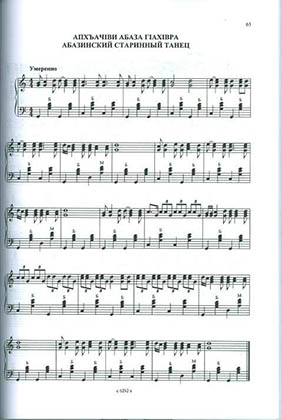 The book was published with the financial support of the President of “Alashara” M.H. Ekzekov and businessman N.Y.Tlisov.